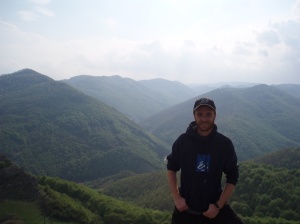 Antal Polony is a 33-year-old writer born and raised in Oakland, CA. He earned his BA in English from Tulane University, and grew up playing classical piano. He has been published twice in the online magazine CultureCult, once in the literary annual Between These Shores, and once in a zine produced by the Shut Up & Write group. Author Dave Eggers called him a “former student with breakout potential” in the June, 2013 issue of San Francisco Magazine. He is currently shopping around a book of short stories called The Animate and Other Tales. He very much hopes you enjoy his work.

One thought on “About Me”