Is There a Disparity at the End of Life? 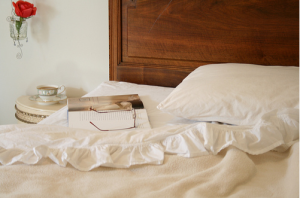 The Ongoing Controversy Facing Hospice Care: For Profit vs. Non-Profit

In the midst of our nation’s perpetual health care debate, one small corner of the industry should not be overlooked, and in its way, exemplifies many of the same arguments: the balance between a person’s basic human rights and costly medical procedures, the benefits and draw backs of for-profit services, and the challenges inherent in regulating an industry so closely to tied to the lives of so many. Palliative care and hospice, dealing as they do with patients at the end of life, are not usually considered in health care disputes. But over the last decade, a debate has sprung up concerning hospice care that, with closer scrutiny, could help to illuminate the larger picture as well.

Palliative care is a medically accredited form of treatment that focuses on pain relief and comfort, often administered in conjunction with curative treatments. Hospice care, the well-spring of this debate, is something of a subset of palliative. Medical accreditation is not necessary to practice hospice care. Most often hospice is not associated with curative treatments, and is likely to be employed on a patient in the final stages of a terminal illness. Hospice care can be conducted pretty much anywhere: In 2009 approximately 69% of hospice patients received care in their primary residence, 21% in a specialized hospice establishment, and 10% in acute care hospitals. The elderly are common hospice customers. Recovery is generally less anticipated than the patient’s death. While in its infancy, American hospice was largely the domain of non-profit entities, recent years have seen an explosion in for-profit hospice providers, bringing with them the near-inevitable controversy: What are the implications? Is there a disparity in hospice care? And has government action, through subsidies of Medicare and Medicaid, and regulation of hospice providers and the health insurance industry, exacerbated the problem?

Of course, this is not an unfamiliar discussion. The benefits of market-oriented health care versus those of a government-run program have been compared, rehearsed, and dissected ad nauseum, in concurrently various levels of factuality. The debate in non-profit/for-profit hospice care, though, reached new heights following the release of a study by the Journal of the American Medical Association, or JAMA, in February of 2011, which concluded that, “compared with nonprofit hospice agencies, for-profit hospice agencies had a higher percentage of patients with diagnoses associated with lower-skilled needs and longer lengths of stay,” implying that which had long been anticipated, that for-profit hospices had a built-in incentive to take on patients who were likely to live longer, and with a lower cost of treatment. Cancer patients, for example, cost far more to treat than those with clinical dementia: indeed, for-profit hospices had a smaller proportion of cancer patients, 34.1% to non-profits’ 48.4%, and a higher proportion of patients with dementia, 17.2% to non-profits’ 8.4%. These findings raised eyebrows, and generated discussion. Some journalists wondered publicly whether for-profit hospices were “cherry-picking” their patients, and whether quality at non-profit providers was suffering as a result (though it should be noted that quality of hospice care is extremely difficult to quantify, as the settings of care, home, nursing home, institution, etc., vary so dramatically). Medicare and Medicaid’s anomalous approach to hospice care seemed a likely culprit, as hospice care is one of the few remaining treatments to which money is allocated per diem, in a fixed amount each day, rather than determinant on the kind of treatment applied. Therefore for-profit hospices might benefit from treating patients with dementia rather than patients with cancer.

Still, not all are convinced. According to Jon Raducovich, of the National Hospice and Palliative Care Organization, these findings, which came from a relatively restrictive study, should not be blown out of proportion: “Cherry-picking by hospice care providers has not been proven… What these findings tell me is that the hospice industry needs more oversight, more frequent surveys of all providers and more rigorous standards.” When choosing a hospice provider, the for-profit/non-profit dichotomy should not be the defining distinction, he says, rather the specialties of the different providers; some will be more effective at treating some diseases than others. Focusing on the illness, rather than the hospice care providers’ tax status, should be the first priority.

Similar to all health care debates, there are no easy answers. Reforming the per diem Medicare payment may seem a good first step, but even this will be bound to lead to unexpected consequences. Further research should be done, and likely will be, before we can pass a truly informed judgment on for-profit vs. non-profit hospice. Until then, the best advice for a person considering hospice care, is to focus on the specifics of their own needs, and consider only those who are most able to meet them.

[This article originally appeared on SevenPonds, and cannot be reproduced without permission. Thank you.]